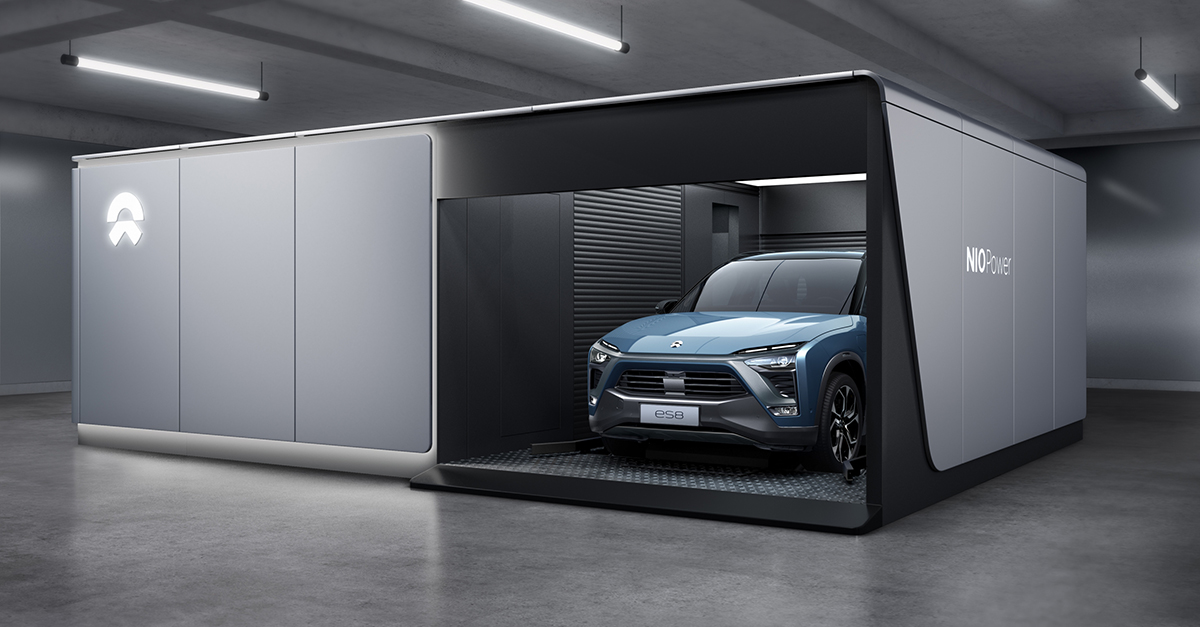 Rather than spending upwards of half an hour to recharge your electric vehicle, new battery swapping technology could see you back out on the road with a topped up car in under 10 minutes.

Battery swapping is beginning to gain traction in some parts of the globe. China, in particular, has shown an increased focus on developing these facilities, with car manufacturer NIO driving the push.

NIO recently installed their first European battery swapping station in Norway and plans to have 1,300 set up worldwide by the end of the year. This isn’t an entirely new concept though, Tesla had already tested a battery swapping approach before committing to its famed supercharger network.

How does it work?

In theory, battery swapping is a simple idea. When your EV is low on charge, you drive into a specialised booth where your depleted battery gets taken out and replaced with a fully charged one. The latest high tech facilities mean that this process is fully automated, so you don't even have to get out of your car!

Drivers can either pay as they go or subscribe to a monthly fee. Pricing will be more expensive than standard electric charging, however battery swapping will still be cheaper than filling up with petrol.

What are the positives?

Ultimately, the biggest positive of this system is its speed. With traditional charging methods filling up your battery can take hours, with battery swapping you can be back on the road in less than 10 minutes. Widespread battery swapping infrastructure would put an end to range anxiety for many.

Speedy swapping times also make EVs more attractive to those who are unable to charge at home. Going electric isn’t a practical option for everyone, especially if you don’t have a driveway or work charging facilities. 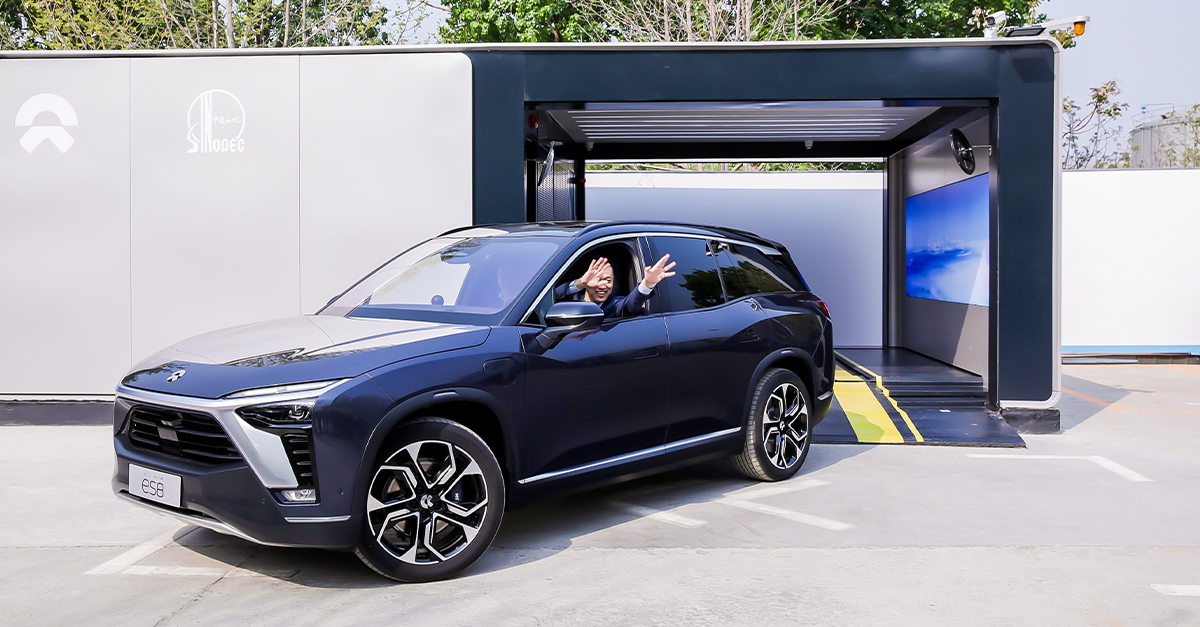 Battery swapping could also make EVs cheaper. The battery is the most expensive part of an electric car and the frequent swapping of this component opens up the opportunity to purchase an EV without its costly battery.

NIO already offer a ‘Battery-as-a-Service’ option where drivers can pay a monthly sum for a set amount of ‘swaps’ per month. Schemes like this could make owning an EV financially more appealing.

A high battery turnover also means that electric cars won’t be stuck with an ageing battery, this increases the appeal of second-hand EVs. Battery defects will also become easier to spot and manage, which will not only improve safety but will also extend the lifetime of most batteries.

If battery swapping infrastructure became well established then important recycling networks would be easier to implement and sustain.

What are the negatives?

So far battery swapping sounds all well and good, but there are some key issues.

One of the biggest problems is cost. Automated battery swapping stations are highly complex systems that don’t come cheap. Batteries are expensive too and each station would need spare batteries to meet the demands of customers.

Implementing a network of these stations would cost a huge amount and might not be a worthwhile venture when considering alternative charging methods are getting faster and more established every year.

The latest cutting-edge EV charging systems and 350kW ultra rapid DC chargers can top up the newest long-range electric cars in under half an hour. In some cases, as much as 300 miles of range can be gained in just 20 minutes.

Lightning-quick charging speeds like this put into question whether battery swapping facilities would be a wise investment at this stage in the game. 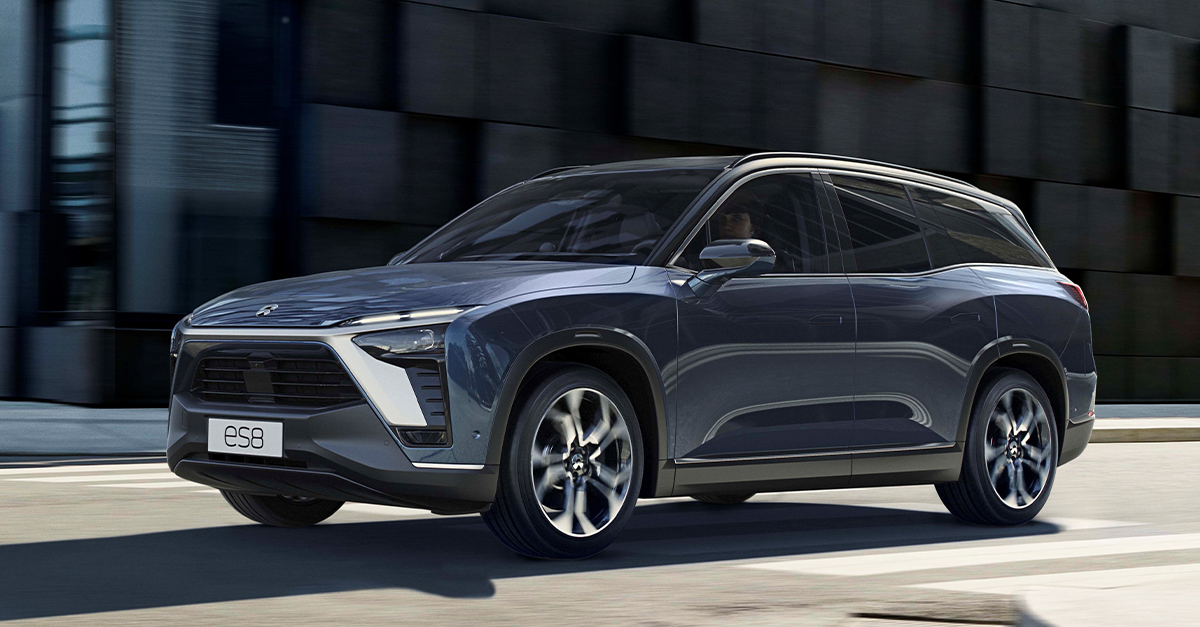 Battery swapping would also require a fundamental change in how electric vehicles are manufactured. For this service to be effective, EVs would need a standardised battery design and set up, to make swapping quick and easy.

This would not only require manufacturers to agree upon a new battery standard, but it would also change how electric cars are marketed.

Companies like Tesla, Hyundai, Volkswagen and Lucid pride themselves on their advanced battery technology. Competing to make bigger and better batteries for their vehicles is one of the key elements of EV development.

Agreeing upon a standard battery design would mean sacrificing a competitive edge on rivals as well as wasting years of investment and development. This makes an agreement between carmakers seem unlikely.

Will it replace charging?

NIO is currently demonstrating success with its battery swapping facilities over in China, which comes in part due to government backing. These stations are only compatible with NIO vehicles which gives the brand its own unique selling point. In the wake of their first European battery swapping facility, it seems inevitable that NIO's network will continue to grow across the continent, especially given their signed agreement with Shell in December last year.

Geely, another Chinese manufacturer, is also getting in on the act. Last year the manufacturer, which also owns Volvo and Lotus, announced plans to build 5,000 new swap stations.

For other manufacturers though, battery swapping looks a long way off. A commitment to developing bigger batteries and faster chargers remains at the forefront of most engineering decisions and there's confidence that ultra rapid charging technology will become more widely available.