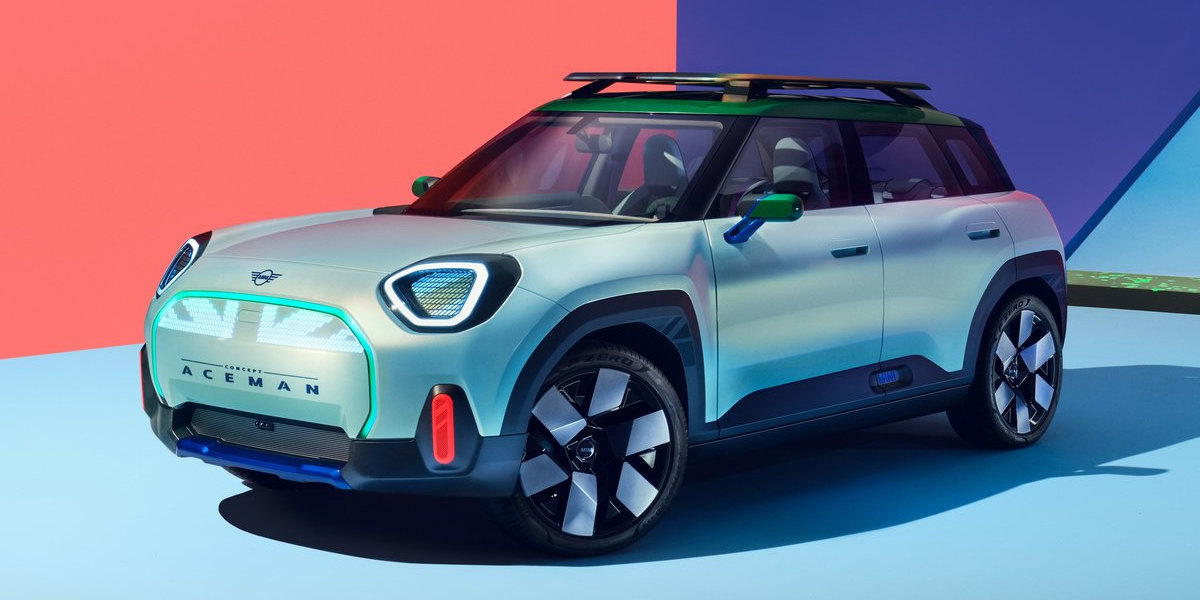 MINI is readying its latest line-up of vehicles starting with a glimpse of its new electric concept crossover.

The Aceman will be part of a much more diverse vehicle offering from MINI, which is well known for its compact cars. When the concept reaches production in 2024, it’ll fit between the MINI hatchback and an enlarged MINI Countryman.

MINI is hoping to target a new demographic with the car by using a more robust and sturdy structure to give the Aceman the versatility that crossover owners are looking for. 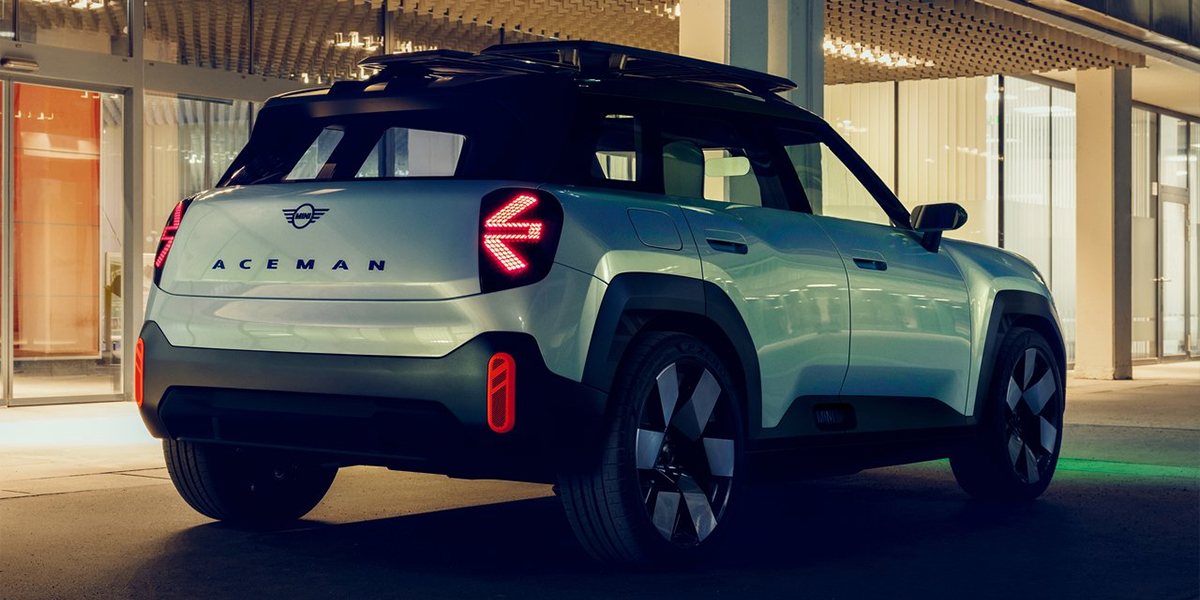 The car's exterior is very minimalist and reduces the core MINI styling down to its essentials. LED lights outline the MINI’s, now reduced, trademark headlights and wrap around the front where the grille would have existed.

The Union flag also makes several appearances across the vehicle; on the wheel arches, in the LED light clusters, on the dash and on the roof rack.

Despite its muscular appearance, the Aceman won’t be huge. The Countryman, that's set to get bigger in its next generation, currently has a larger boot than the new concept crossover. 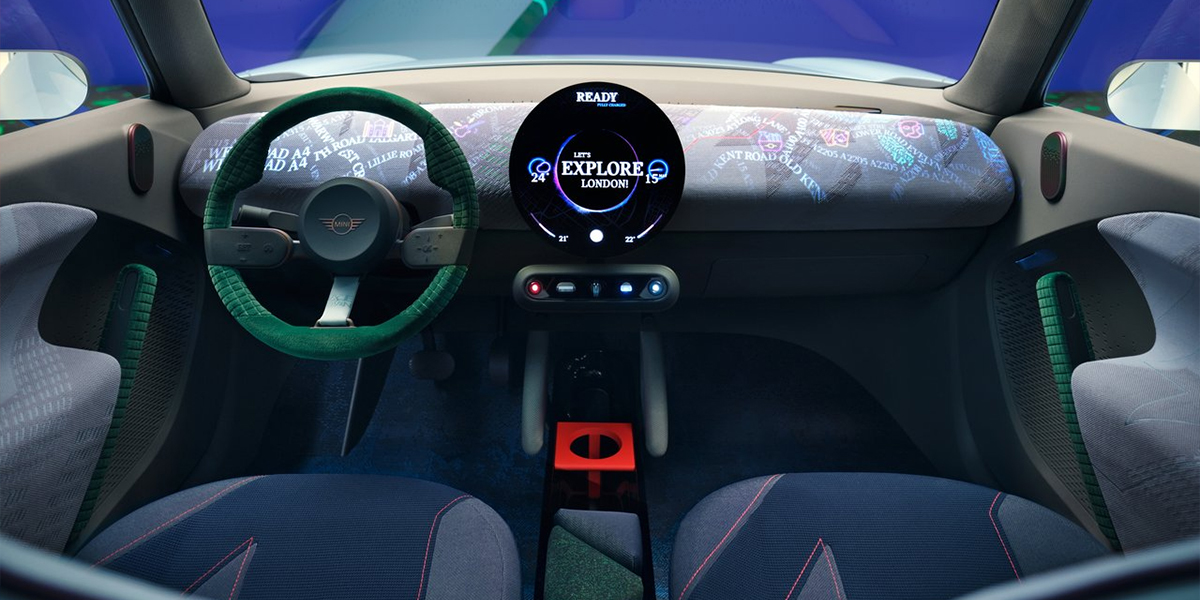 On the inside, drivers will sit in a unique and distinctive cabin. A circular OLED touchscreen sits above a toggle bar in the centre of the dashboard. Due to no engine at the front, the heating and ventilation will be pushed further forward, providing more space for people in the front.

The dashboard in the concept is wrapped in a knitted textile aesthetic. The steering wheel is also covered in a soft-touch green velvet velour.