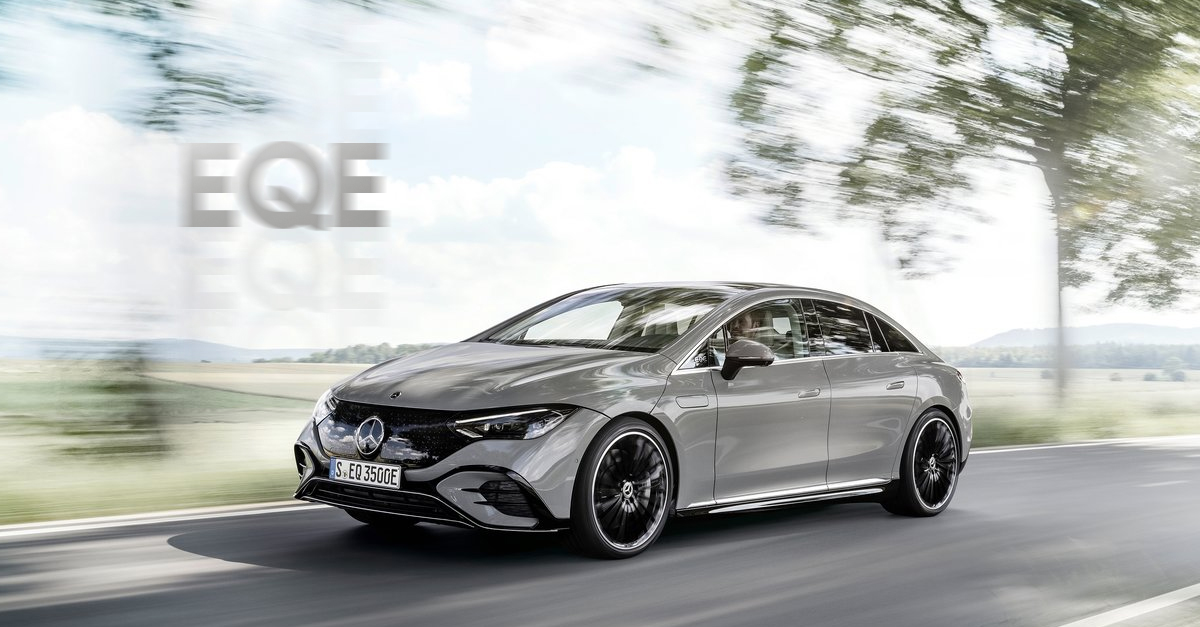 Mercedes-Benz have finally revealed the EQE – the EV E-Class equivalent. It becomes the German manufacturer’s second model to be underpinned by the EVA2 platform and looks ready for launch in 2022.

The new EV saloon represents Mercedes’ next move into total electrification. It follows on from the EQS that was unveiled earlier this year.

The EQE looks like it’ll be holding a 90kWh battery that will provide up to 410 miles (WLTP) of range. You’ll also be able to charge at speeds of up to 170kWh which, for perspective, will offer 155 miles of range in just 15 minutes. 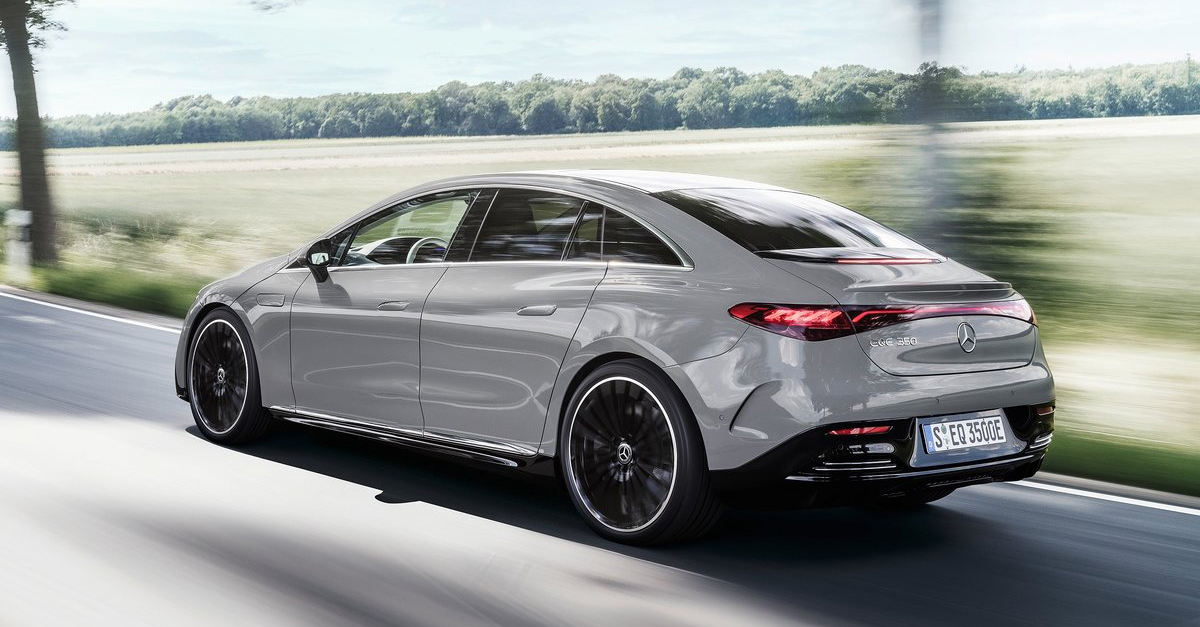 From launch, there will be two derivatives to choose from. The first being the EQE 350 that has 288bhp and a second option that has not been revealed yet. Mercedes have been tight lipped about all of the performance details at this current moment.

The design of the EQE shares similarities with the EQS. The large black panel at the front, that’s becoming a familiar feature on the new EQ models, shows itself once again. 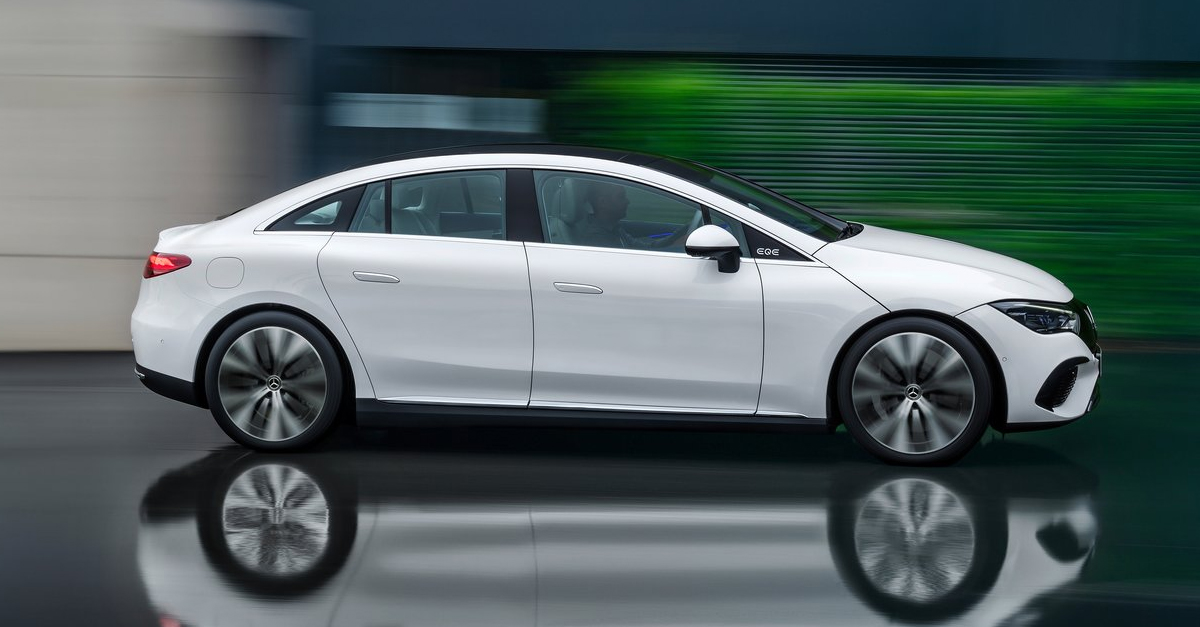 The shape of the car is very curved. Any folds and joints have been smoothed out to give an “athletic” and flowing appearance. The design has prioritised aerodynamics and efficiency to aid with its electric range. 19” and 20” ‘aero wheels’ will also be offered by Mercedes.

Another notable feature on the EQE is that it’ll be built using 100% recycled steel. 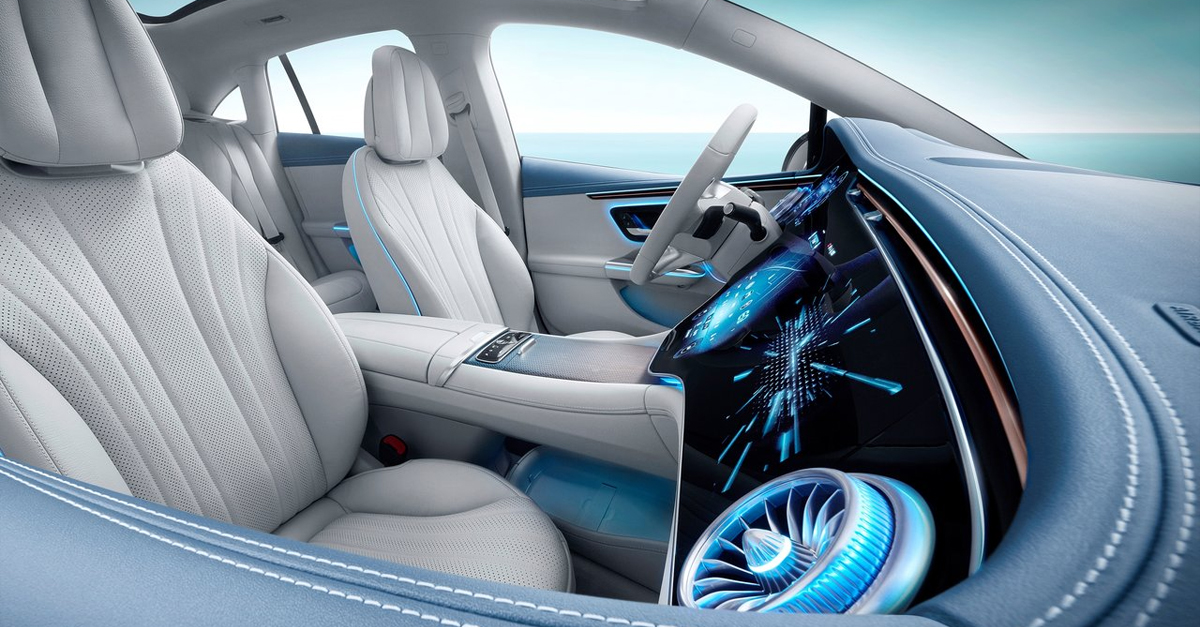 On the interior, a high definition ‘Hyperscreen’ infotainment device will be available. Any updates will happen over-the-air from launch.

According to Mercedes, the EQE will excel when it comes to noise reduction. This is due to a foam coating that will insulate the electric motors. Bespoke seals on the door handles, windows and mirrors as well as a new trim element on the A-pillar base, will effectively reduce wind noise too.