How do hydrogen cars work? 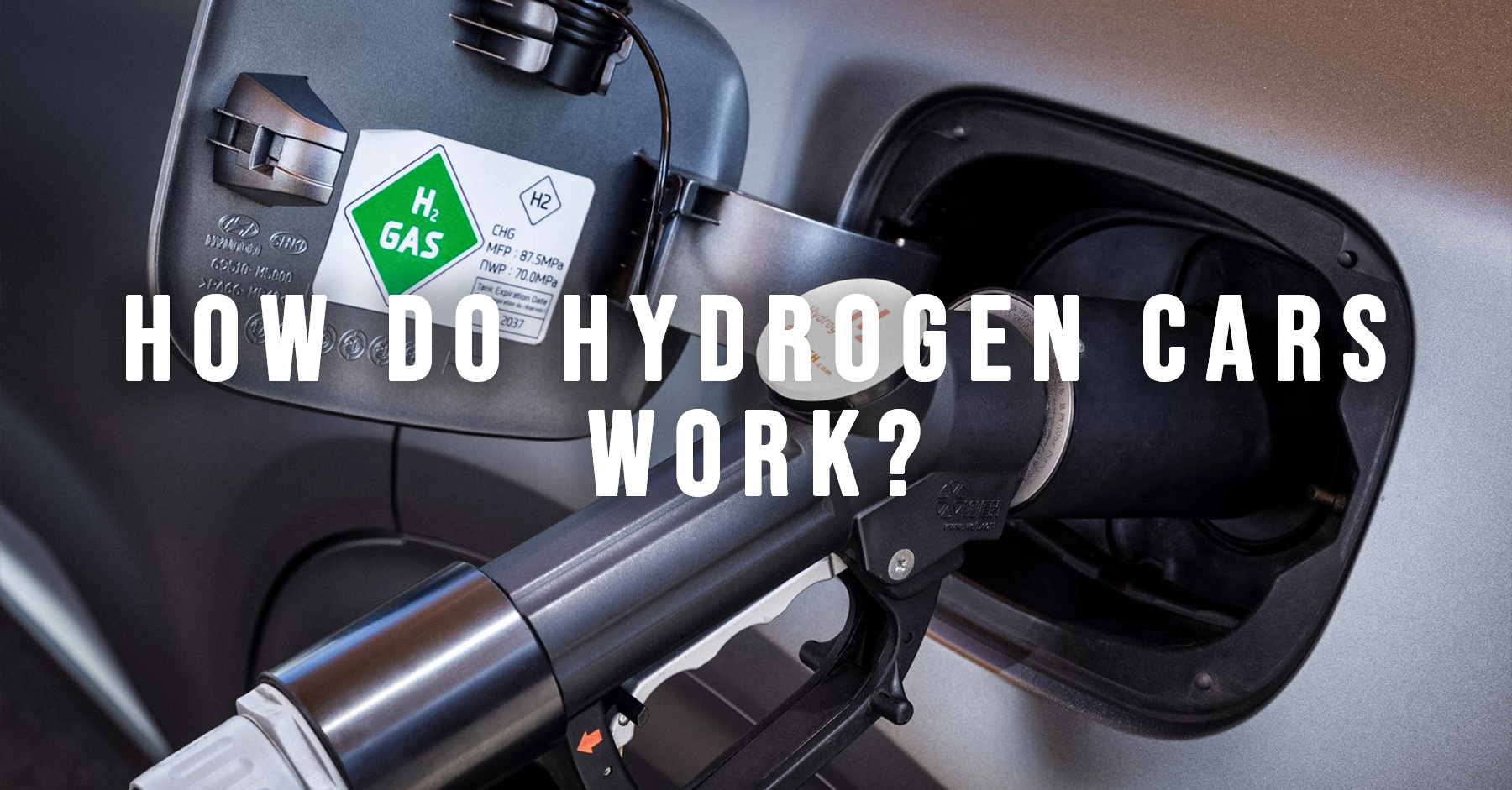 Hydrogen is the most abundant element in the universe and can be used as one of the cleanest fuels on the planet – so why hasn’t hydrogen caught on?

This decade had been tipped to be a prosperous time for hydrogen, but with only 14 hydrogen stations currently open in the UK and EVs dominating the non-fossil fuel market, it's hard to see where hydrogen fits in.

In this article, we'll go over how hydrogen cars work, what their pros & cons are and if they have a future in the automotive industry.

How does a hydrogen car work? 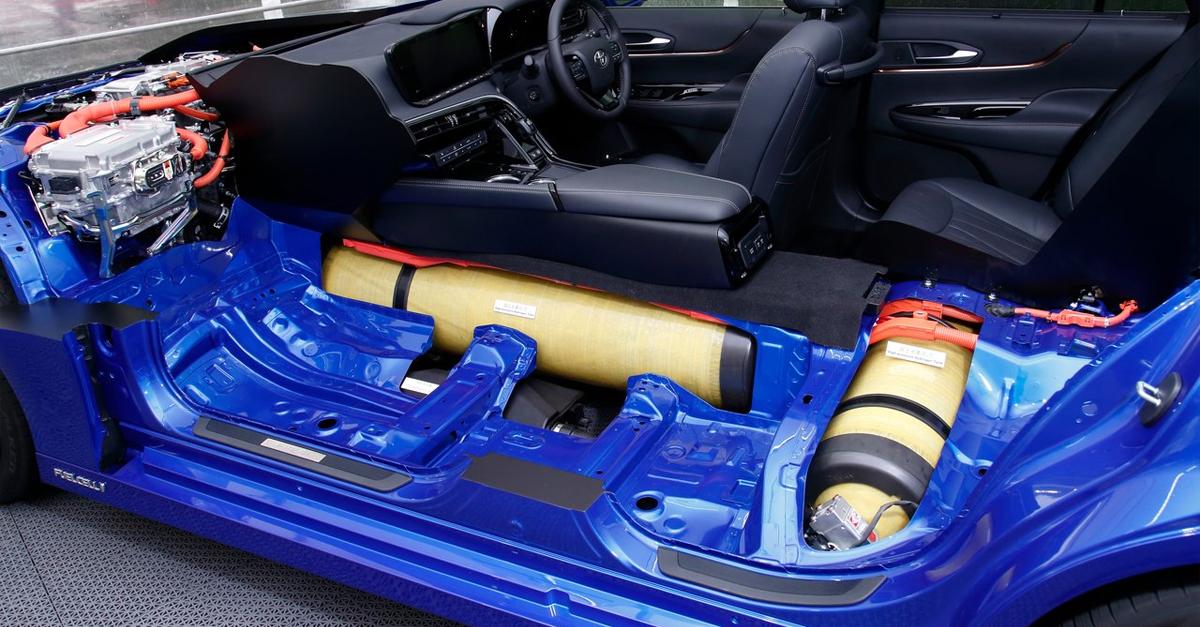 What happens on the inside, to make your car move, is a little more complicated. The hydrogen contained in the tank gets fed into a fuel cell, which acts a bit like a battery. Oxygen from the outside air is combined with the hydrogen inside the fuel cell - this is where the electrical energy will be generated.

The hydrogen atoms get split apart into protons and electrons. The protons end up as the H20 by-product that gets emitted through the exhaust and the protons are used to give power to the car's electric motor.

There is a battery that accompanies all of this too. This holds power for when it is needed later.

Hydrogen cars are few and far between at the moment, so it's still hard to say what the positives and negatives of them are. However, cars like the Toyota Mirai and Hyundai NEXO give us a glimpse of how these types of vehicles can be beneficial in day to day life.

Hydrogen's greatest appeal is how clean it is - an FCEV only emits water. FCEVs fill up like petrol cars too by using a nozzle and on a full tank their ranges can easily exceed 300 miles, which is further than most of the electric vehicles (EVs) currently on the market. Recently, a Toyota Mirai travelled 845 miles on one tank of hydrogen. 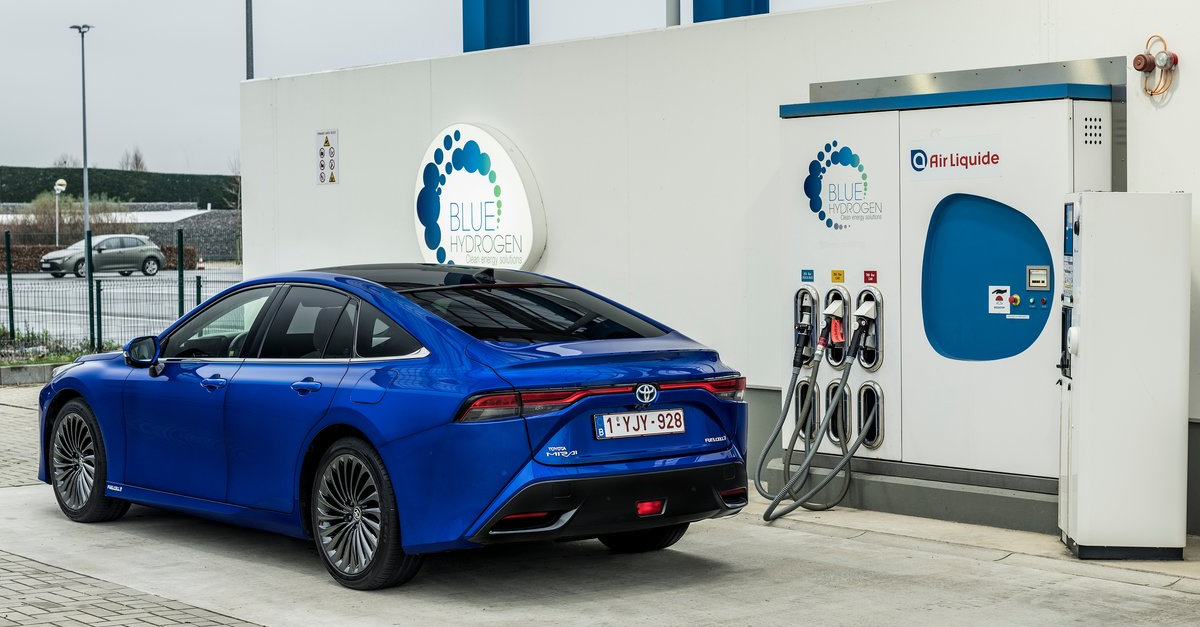 However, the process of extracting hydrogen can still lead to pollution, especially when using more traditional natural gas extraction methods.

Another positive for Hydrogen is that hydrogen cells typically have a longer lifespan than your average car battery. They also don’t require the national grid and so don’t risk putting it under pressure in the way that EVs can.

So what are the drawbacks of this clean fossil fuel alternative and why did Elon Musk call them “fool cells” and “a load of rubbish”?

One key issue as to why Hydrogen isn’t catching on is its price. Hydrogen is currently an expensive resource and hydrogen vehicles for the time being are very expensive too. The Toyota Mirai costs £65,219. Although, it must be remembered that EVs faced similar issues too as they started to be introduced into the market.

It also goes without saying that infrastructure is very sparse, but again, just like with EVs this would be expected to improve over time. 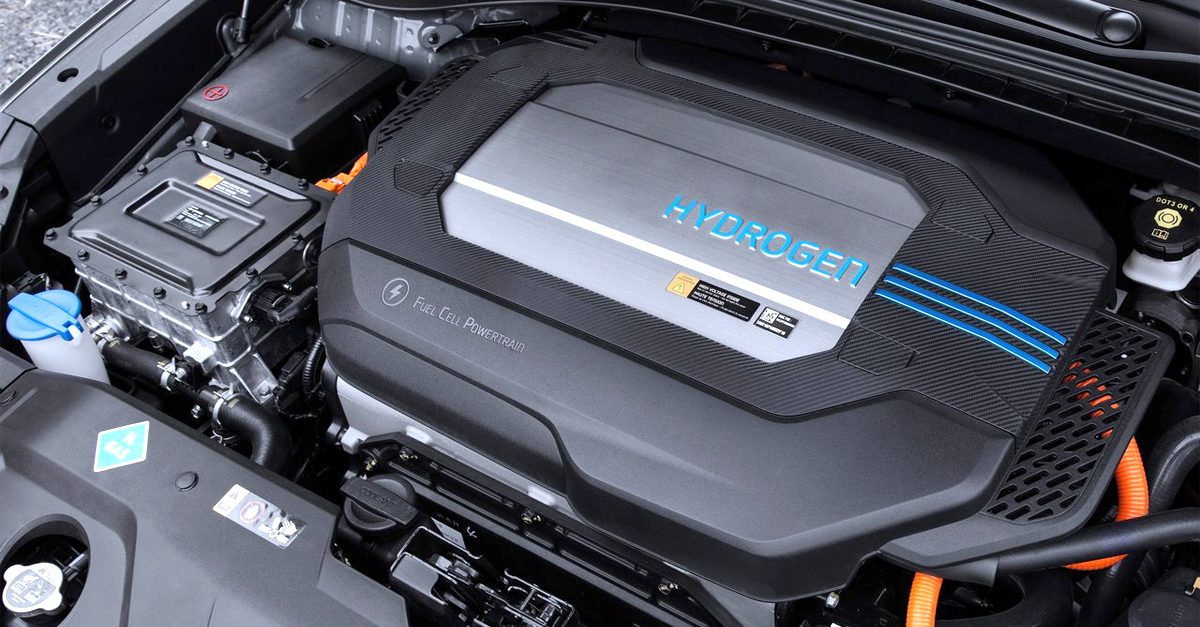 Another issue is that hydrogen fuel cells are delicate and sensitive to their environments too, meaning very cold or hot temperatures can render them useless. This lack of robustness could put people off from buying.

Safety might also be a stumbling block for FCEVs. Hydrogen is extremely flammable and is harder to contain and manage than oil. However, so far no serious incidents have been recorded in California, where there are 39 public hydrogen fuel stations and counting. Petrol is very flammable too and good engineering and technology has enabled us to use petrol vehicles for decades.

What is the future of hydrogen?

Many of FCEV's shortcomings stem from the fact that using hydrogen as a fuel in cars is still a relatively new idea and by getting more exposure over time, many of the issues surrounding price, infrastructure and safety will be ironed out.

All in all, hydrogen is here to stay. Toyota, Daimler and BMW are leading a group of 13 companies in investing $10 billion into developing hydrogen technology and infrastructure over the next decade. Countries across the world are looking at how they can incorporate Hydrogen into the automotive ecosystem.

In Britain, Project Union is the National Grid's plan for a hydrogen 'backbone' to link industrial clusters around the country. It's predicted that the plan could carry at least a quarter of the gas demand in Great Britain today.

What's more is that filling up with hydrogen is much quicker and more convenient than charging an EV, so for industries that use trucks and vans that need to refuel quickly on long journeys, FCEVs could be very useful.

Even though FCEVs might not reach the same heights as EVs, hydrogen technology will surely continue to develop. This is mostly because after 2030 you won't be able to buy a new petrol or diesel vehicle in the UK, so manufacturers will need to look at alternative fuels as they continue to sell new vehicles.