Are car headlights too bright?

Driving at night can be tricky enough as it is without being blinded by an oncoming vehicle. With new LED lights on cars today being more powerful than ever, it begs the question - are car headlights too bright?

A recent RAC study on getting dazzled by car headlights sparked debate online on what exactly could be done, with many drivers sharing their own stories of being blinded by traffic.

The study, which involved 2,700 drivers, highlighted that 9 in 10 people think some or most car headlights driving on UK roads are too bright, with 63% of drivers who get dazzled saying that it’s happening more frequently than a year or two ago.

The rise in headlight complaints coincides with the uptake of LED lights on new car models over the past decade. Historically, sealed-beam headlamps were utilised in the 1950s before halogens took over in the late 1980s.

Halogens proved to be an improvement over previous methods, however, they were no match for the much brighter xenon HID lights of the 2000s and then the more energy-efficient LEDs that came to prominence on cars in the 2010s.

Light Emitting Diodes (LEDs) also have a much greater lifespan than halogens whilst providing a more premium appearance due to their whiter shine.

To further compound the issue of brightness, increased uptake in large SUVs and pickups has meant that drivers of more conventional vehicles are more likely to get blinded due to their lower positioning on the road. 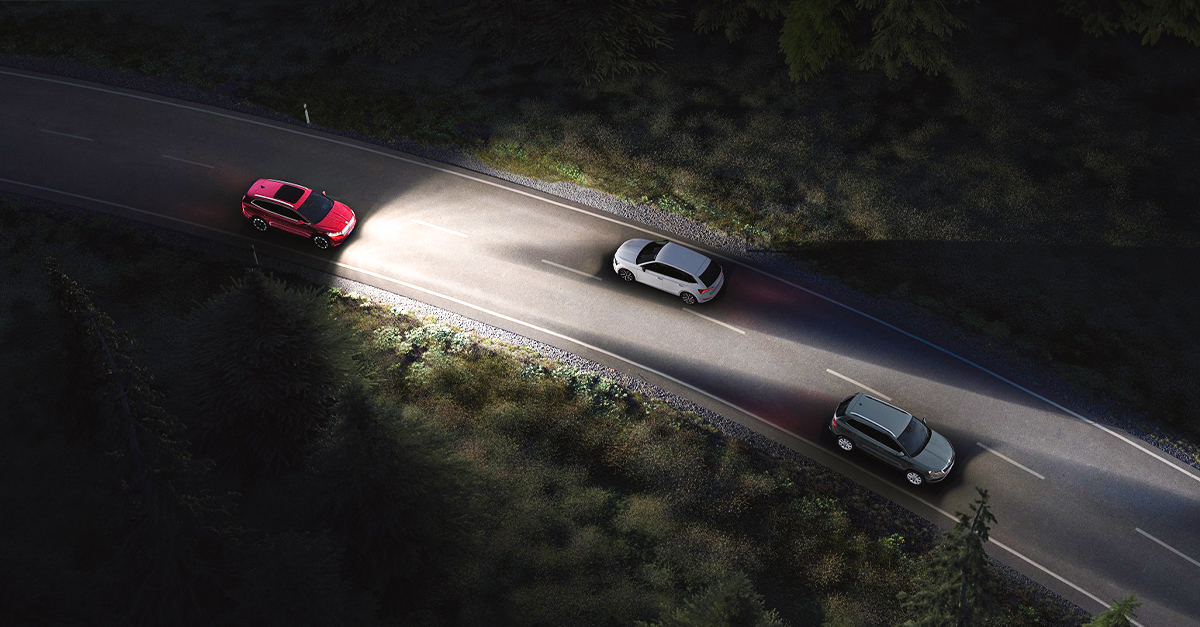 RAC spokesperson Rod Dennis commented: “There are a number of factors that contribute to whether a headlight dazzles another driver or not, the most important being the angle of the headlights as you look at them.

“Modern LED headlight technology may also have a part to play as the human eye reacts to the so-called ‘blue light’ from LEDs differently to the ‘yellow light’ of conventional halogen headlights.

“This presents a real irony: the brighter and better your vehicle’s headlights are, the clearer your night-time view of the road ahead is, often it seems at the expense of anyone coming towards you.”

Since 2013, official government data reports that dazzling plays a part in an average of 293 road accidents every year in the UK and in 2020 there were 7 fatal accidents.

Even if being blinded by headlights causes you to lose sight of the road for just one second, this could mean going 13 metres without vision if you’re travelling at 60mph.

What can be done?

Unfortunately, current laws don’t offer much protection for drivers experiencing glare. As long as lights are correctly fitted, then there aren’t rules against the brightness of car headlights.

An RAC study showed that 84% of drivers want the UK Government to act to ensure headlight regulations are updated.

New technologies such as high beam assist are being incorporated into newer models to reduce the likelihood of dazzling other drivers. This feature means that the high beam switches to dipped when the vehicle senses the lights of an oncoming road user.

However, many people have pointed out that this tech isn’t as helpful as it may seem because, by the time the lights switch to dipped, the oncoming road user has already been blinded by the light. High beam assist is often not intelligent enough to anticipate a driver who is coming round a bend.

Auto-dimming rearview mirrors are another piece of technology that can help drivers avoid getting dazzled by traffic coming from behind. These mirrors are able to sense the light and dim the reflection accordingly to reduce the strain on the driver's eyes.

Due to the lack of legislative support and the fact that not all vehicles contain technology that can mitigate the effects of bright headlights, there are smaller measures drivers can take to better cope with nighttime driving.

One way is by maintaining a clean and clear windscreen which will help to prevent veiling glare. Residue and windscreen scratches can show up and impede your vision when a bright light shines on the glass.

Keeping a good distance from the vehicle in front of you can also help to reduce the intensity of your headlights in their mirrors. Making sure that your own mirrors are correctly adjusted and positioned can be beneficial too.

If driving in the dark is proving difficult due to the bright headlights of other drivers then it's also recommended that you get your eyes tested. Maintaining good eye health is important for driving and an optician might be able to prescribe you glasses to help with night driving conditions.